Strict limitations are set when the public image and depiction of institutional interiors are at stake, as recent political image documentation in the headquarters of political parties, institutional service buildings, and general political gatherings have demonstrated. These limitations are devoted of any perceived security and deal mostly with pass credentials, all-access permits, and personal restrictions such as the designated areas for photography and environmental rules that deeply affect image quality, for example, European normative light levels available in energy-efficient buildings and invisible quality standards of engineered partitions. These limitations become unrestricted and borderless when confronted with other surfaces: the margins of European capital; the security border of a limited-access scene where a terror attack has taken place; a holiday retreat; or the basic boredom of communications infrastructures and the grey status of contemporary life. Over-reaching standards merge with market resolutions, allowing a peculiar distribution of imaging technologies, capable image sensors and the price range of cameras. News providers are in constant need of image feeds to distribute and sell, and the categories and metadata dividing subject, source, context, and authorship are subdued to digital correction, while DPI (Dots-Per-Inch) requirements hamper a picture’s viability, making the case for a calmer collapse: that of freelance image professionals for whom native journalistic content, social commentary, and commercial images are embedded in a larger coalition amplitudes. It is an involuntary, material, environmental, market-driven, source-less, European image identity.

The creation of mid-level taste is not devoid of apparent ruptures. The spectrum of available modes is necessarily merged into variable imaging habits. There seems to be nothing capable of resisting camera depiction; no correct angle, no adjustable politeness. Accidents are portrayed with camera models no more than four years old, and high ISO exposure has basically withdrawn the logistical problems between day-night eye patterns, detaching four-in-the-morning pictures from sleep patterns. High temp flashes make a case for the reduction of recognizable facial features in a manner as viable as the portrait mode and red-eye reduction. Infrared photography and thermal imaging designed for the construction industry are now capable of rendering invisible air leaks visible. The sourcing of default and industry-based imaging methods has a greater effect on a photographer’s social class and monthly income than actually devising an emergent language.

Satoshi Fujiwara moved to Europe in 2012, determined to dismiss Japanese photography as no longer capable of rendering contemporary life. European capitals display a subtler, emptier complexity when compared to Japan’s urban conglomerates. Protests, fascism, social turmoil, and image manipulation exist in both spaces, yet the complex task of describing European amplitudes amid changing economic and political scenarios, emerging terrorism and people’s sense of security has become a platform for this Japanese photographer. One in which media, consensus and critique, journalism and violence constitute elements that can be manipulated, constrained and adapted.

Satoshi Fujiwara’s image production is a progressive disassembly of the item that makes up the construction of contemporary European imaging. Identities merge together in crowds to be photographed, dissected and repurposed as still states. They are nations made of several skin sources, ages, variable work-permits, and zero sources. Police are rendered as a benign, calmer presence than sports events or recently-suppressed riots. Patrol uniforms and fire reduction security clothing in a general benevolent force, one that lies beyond police and safety, and is constantly deconstructed and reassembled to produce an elastic critique of the raw status of propaganda. A broad, emotionally flattened categorization makes social violence a network that can be pictured merely by reducing context. A range of themes is paired with a photographic approach that does more to describe the actual condition of contemporary journalism than codecs composing live broadcast video could ever accomplish.

With less romantic slang, Satoshi Fujiwara’s entire appears to rise from a voluntary detachment from sources. He employs a coercive spatial approach that doesn’t distinguish between scenes and bodies, from handheld image technologies to the reduction of plain views, homelessness and urban boredom, in an editing pattern that takes life on a violent detour from the “no comment” section into HD(high-definition) criticism. It is something we are accustomed to consuming, only here enlarged to the level of portrayed violence. Police Brutality merges images of the 2015 Homeless World Cup soccer tournament with others of a crowd of bystanders helping during a street accident and images taken from the #R series, an ongoing project on police in no-threat status. The #R series documents the range of forces patrolling Europe, including details of garments and uniforms taken from Koninklijke Marechussee, the Dutch royal gendarmerie, and the Bereitschaftspolizei, the German police force tasked with suppressing riots while suspending sports events. These images are constantly combined with others of French forces in action following Jihadist terror attacks and firemen policing an emergency area. It is a portrayal of a wider, more diverse yet nondescript survey of human enforcement.

The photographer uses recurring cuts in time, expanding the line of research within the #R series to include images of social stress and riots, making the series a reflection on shared and digitally manipulated content and critical narrative, as well as using it as a repository of works that migrate into other photographic lines. Animal material, Scanning, and Continent are lateral works, filling voids characterized by a shortage of excess. Interested in the addictive fabric of visual violence, Fujiwara constantly researches and depicts context in which the excitement generally felt when relating to stress and enhances conditions held captive, the neutral clothing choices of middle-aged German citizens and the tasteless reportage of city-bred pigeons all capture a broader perspective of inert violence. Features of the effect of violence are recurring, yet completely erased. There is no real brutality in Fujiwara’s photography, other than one created by perception and sharing. The only images that capture real, raw violence can be found in the Mayday series; all other content includes digitally-enhanced JPEGs, the raw files of an associative deconstruction of vigilance and media behaviors. 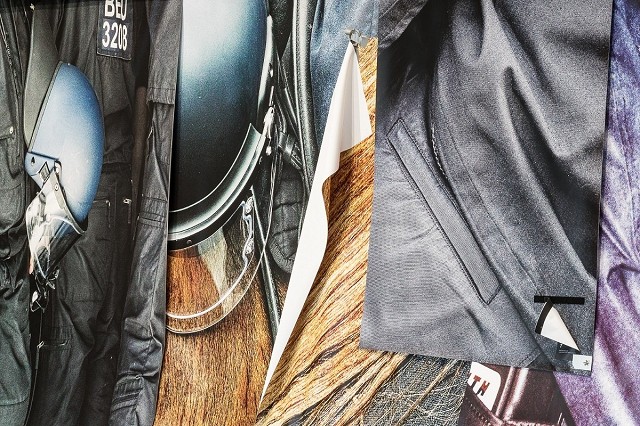 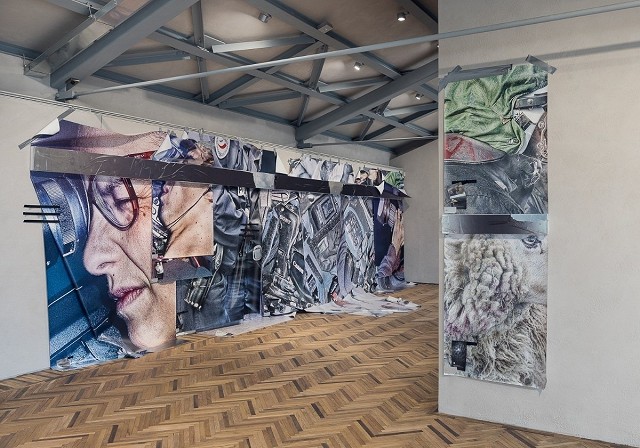