Throughout history, the state has made strategic use of visual images, as seen in some propaganda, and even today there is no denying the possibility that images and information are manipulated and restricted by the nation. Police cover-up operations are a form of this misinformation as showcased in 2013 in Greece where there were accusations of photos being manipulated in order to conceal police brutality. Recently there have been numerous occurrences, mainly reported from the United States, wherein due to excessive use of force by the police, citizens have been injured and even killed. Especially notable are the cases where events are bought to the public’s attention by civilians sharing media on social networking sites, which are in turn picked up and spread by mass media outlets. In the modern world where anyone can use their phone to easily record incidents and upload them to social networking sites, your everyman can also become a journalist.

Focusing on the theme of “Image manipulation” I carried out the following experiment. Through role reversal, I took the perspective of the citizens, manipulating and changing images to misrepresent the power of the state. By taking photos of police from as close as possible and removing the environment from the background, I restricted the amount of visual information on the images and made each an icon of violence. Furthermore, by incorporating in the title hashtags (#) used in social media these days, I imposed limits on how the audience could interpret the photos; #police, #concealment, #demonstrations, #brutality. The use of said tags directs the viewer to imagine the photos as visual representations of “police using excessive force to defuse a protest” and the “misuse of state power”. However, all these photos were actually taken and compiled at different times and locals. In reality, the subjects pictured here were either police posted to stand duty at a bicycle race, or riot police that had just quelled a small fight that broke out at a football match. As there were no demonstrations or protests on the day the photos were taken, there were also no actual clashes between the people and the authorities. Likewise, the many portraits in this series are also taken out of context and have been digitally edited to look like the people are sporting heavy injuries, juxtaposing the scars and bruises that were removed in Greece.

Having grown up in Japan, I feel that here in Germany there is a unique “sense of distance” between the police and the citizens. German police seem to be more intimidating, aggressive and unapproachable in comparison to their Japanese counterparts, even after taking into account cultural, traditional, physical, and temperamental differences. I want to expose this “sense of distance” between the people and the state. In a way, this is a documentary using fake images. Given how digital editing technology allows for the possibility to obscure the truth, is there the potential to do the reverse and use fake images to tell hidden truths? 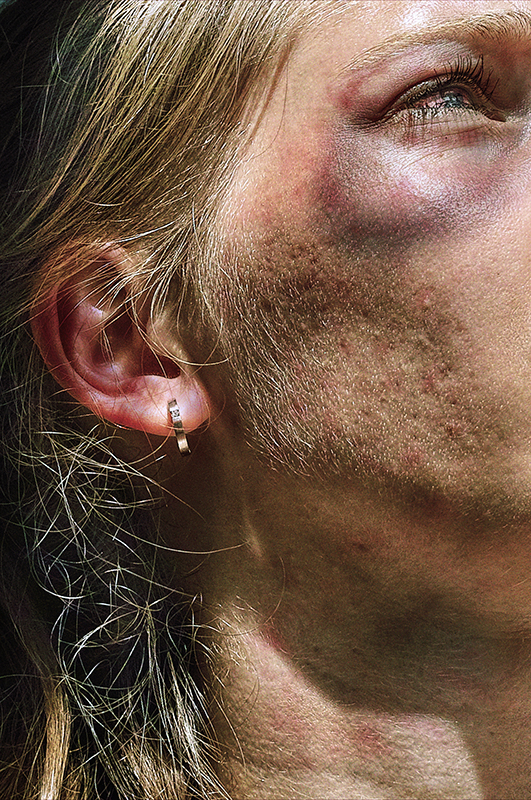 From the series #﻿police #coverup #demo #brutality, 2015. Courtesy the artist 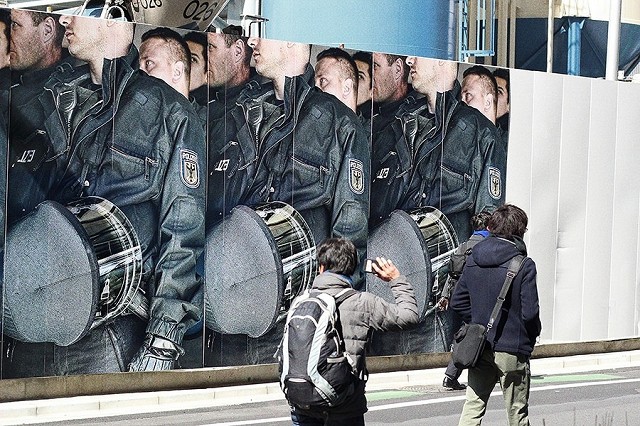