The right to one’s likeness—often called personality rights—is something that has long troubled those of us with a camera. Today with the rise of social networks, we have become even more acutely aware of photographs and how they can disseminate widely without our control.

In Michael Haneke’s 2000 film Code Unknown, there is a scene in which the protagonist’s lover, a photographer, secretly snaps pictures of passengers sitting across from him on the train. Inspired by the film, I used the same approach to shoot people in Berlin trains. Yet in contemporary society, it is not acceptable to rashly and publicly display pictures of people’s faces that were taken without their permission. Thus, I shot and edited my pictures in a way that makes it impossible to identify the individual people who served as my “models.” To avoid impinging on the “right of likeness,” I used the shadows created by the direct sunlight pouring in through the windows, various compositional approaches, and digital processing to keep their identities anonymous.

When we look at another person, either directly or through another medium, we interpret a wide range of information based on outward appearance (face, physique, clothes and accessories, and movements)—in other words, various codes. By regulating and altering these codes in various ways, I set out to obscure the individuality and specificity of the subjects in the pictures in my series. I took these pictures over a period of several months while riding various subway lines in Berlin from morning to night. The city is home to people from a diverse range of ethnic backgrounds. On the train, the air is not only filled with German, English, and other European languages, but also many languages from the Middle East and Asia. For someone like me, who was born and raised in the racially homogenous country Japan, it seems as if these codes, unleashed from every direction and unmixed, form a diffuse reflection of the world around. 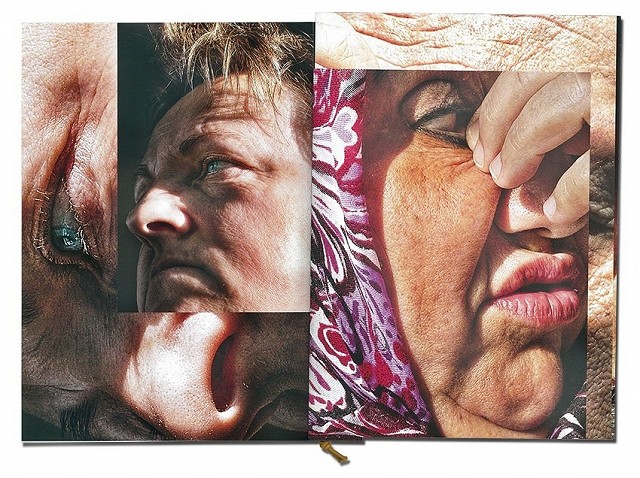